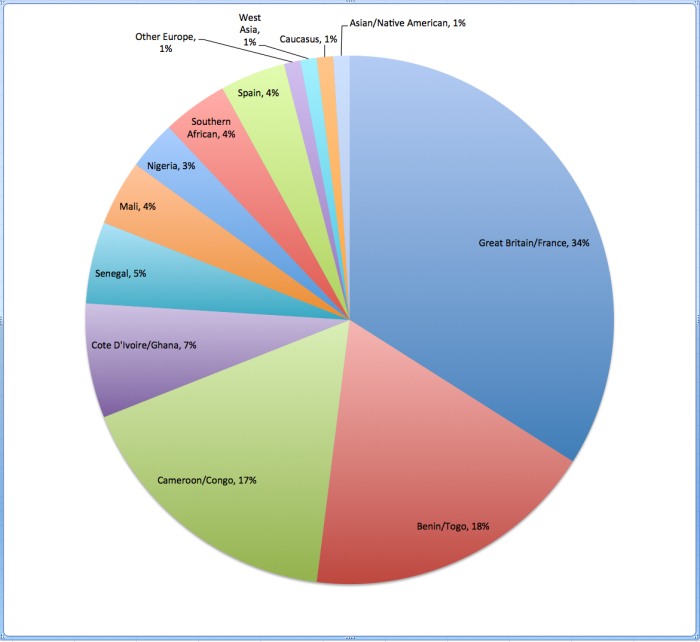 The above chart represents my DNA makeup, according to the DNA test I had done. Understand that all of my life, I was told I was Black (and other representations thereof) despite having promoted myself from Black to Human in my 30s. As a child, I was sometimes told I wasn’t “black enough” because I “sounded white.” I always corrected those people by pointing out that I sounded far more educated than the average white kid.

That sometimes led to fights.

Nonetheless, some decades past, I find that origins, as I intuited all those years ago, are a fiction. Am I still Black, despite only 58% of my DNA coming from “black” people? Am I African American? If so, should I ignore the fact that 34% of my genetic code is from  Great Britain and France, almost the precise percentage as is from my “roots” in Cameroon, Congo, Togo, and Benin? Am I biracial, and if so, should I ignore the trace DNA from Asia and America?

Should I chuck it all and pick and choose the bits I like (since that’s what we’ve done in America for hundreds of years)? I can be Spanish/British like my wife or maybe I’ll channel my extensive knowledge of African history and just ignore all the untidy, non-West African bits. That would be easier, since there have been no “white” ancestors in my line for at least 150 years before my birth.

Let that sink in. I’ll wait.

Are you there yet? How about now? Yes, you’ve got it; race has been a fiction for HUNDREDS of YEARS. So, if you don’t mind, I’ll stick with Human American, species, Homo Novus, the New Man.

Anyone want in my clique? 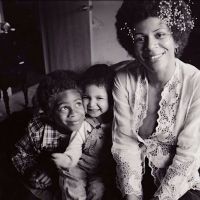